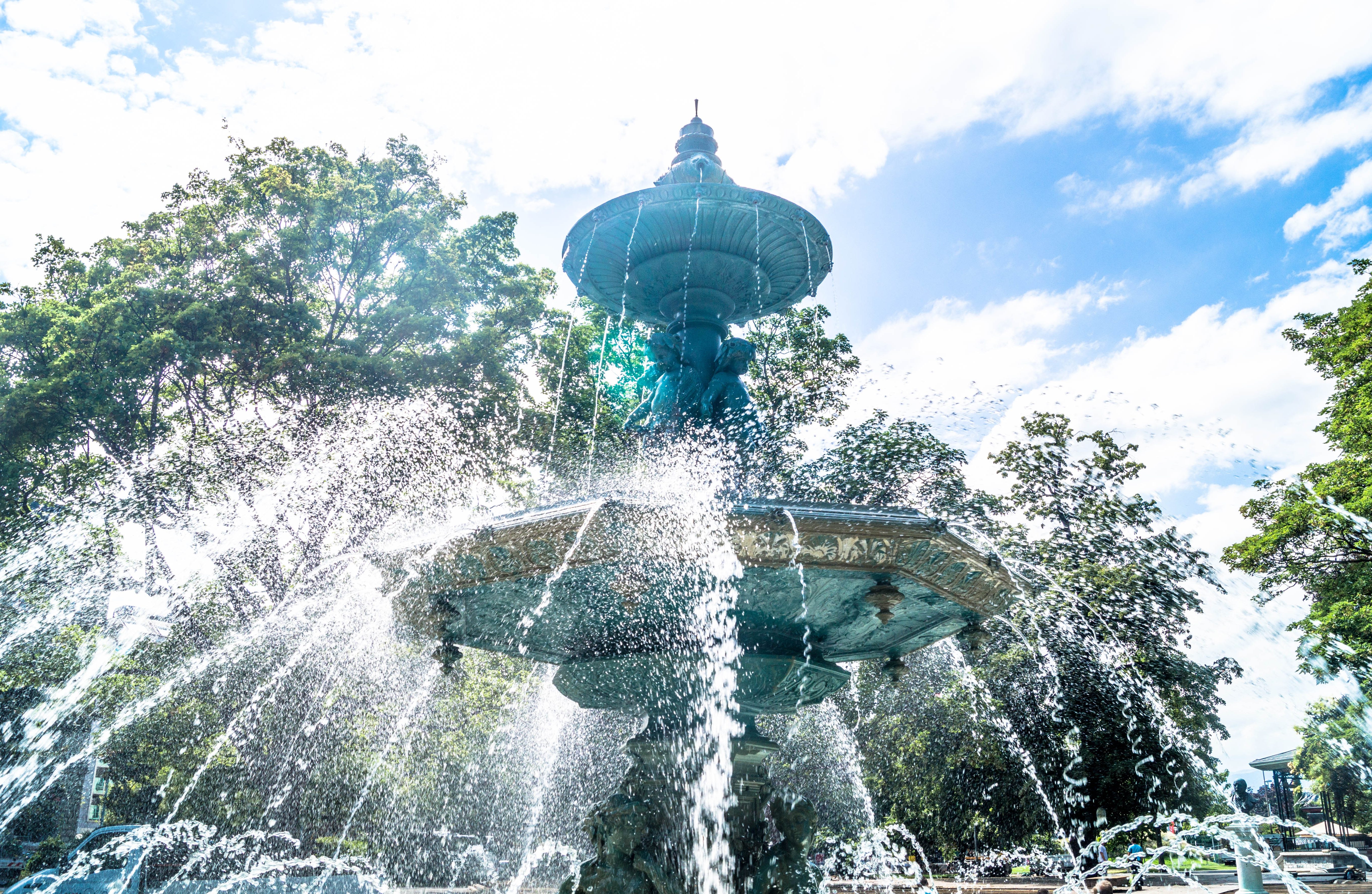 “Taking the high places: The Gospel’s triumph over fear in Haiti” is a very inspiring and genuine record of Terry Snow’s journey in Haiti. In God’s timing, God use this book to once again stir up the excitement of what God showed me in my own journey. There are two main themes that impacted me. The first is the power of humility. The second is God’s influence in the sphere of the government.

Terry Snow’s humility and repentance was key in two turning points in the whole book. The first was when Terry Snow was trying to purchase the land that was owned by Terry Nelson. Terry Nelson was the leader of Light Ministries. Due to Terry Snow’s delayed obedience, the land went into the hands of Terry Nelson. Terry hounded him to purchase the land over from him, and when finally the land was sold to him, he delayed in the payment of the land. This put Terry Nelson and his wife in a very difficult spot. Terry Snow took the initiative to seek forgiveness from Terry Nelson and his wife, and said that he was going to do whatever it took until the whole amount was all paid. Amazingly, Terry Nelson and his wife forgave Terry Snow. They allowed Terry to have the property and asked Terry to give as he could. Beyond that, there was a restoration of relationship between both leaders. It was also from this point that God’s doors of provision opened widely for Terry. God brought alongside them people who could get them the deed of the land. Finances for the land also came in swiftly, and there was also and escalation in ministry.

The second was when Terry Snow was in a scheduled prayer meeting with all the pastors. He shared that God led them to talk about the importance of repentance, and had to repent for the sins of the city.

It was through acts of humility that the course of the city and the war would change.

God directed Terry to model repentance. He asked the pastors to forgive the white race for the oppression they had brought to the people of Haiti from slavery. Terry shared that as he was praying, God hit him with an overwhelming heart of humility. All the pastors gathered around him and prayed for healing and forgiveness over him. The pastors also repented for the violent sins of Haiti against the white race. God led them into a time of interceding for Haiti, and asked God to forgive and cleanse Haiti. From that day on, the stronghold over the nation seemed to have been broken, and it led even the police and the triads into repentance. After that, the war in the country ended, and the city rejoiced in freedom.

Through these two accounts of humility and repentance, God showed me some divine patterns in the way He works. God desires to express His love over His people and His nation, but there are also principalities and powers in the spiritual realm that is contending for our souls and for our seperation from God.

For we wrestle not against flesh and blood, but against principalities, against powers, against the rulers of the darkness of this world, against spiritual wickedness in high places.

A humble heart is ready to recognise ourselves as beloved children of God, fully loved, yet also fully imperfect. When we choose to put down our tendencies to seek superiority, manipulative control, or a false sense of righteousness, we begin to let God’s love do the wrestling. When we repent and seek forgiveness, we tear down falsehoods and lies that make us withhold love. When we respond to violence with gentleness and humility, the Devil swallows his own fear. When facing Samoza, the leader of the Bale Wouze, the Lord prompted Terry to kneel down before him and place his hands on his head. Samoza pulled out the gun and pointed it at his head. Yet, all of a sudden, he dropped the gun and run away. God’s love always wins. The Devil uses offence, unrepentance, and unforgiveness as his nuclear weapons in the spiritual realm. Though the revelation of the Holy Spirit, when we choose to release offence, when we repent and forgive, the Devil is denied the rights into our lives.

It means a lot for Terry to say that it is through acts of humility that the course of the city and war would change. Through small physical acts of humility, God brought about major breakthrough in the spiritual realm of the nation. It is a reminder to not look down on forgiveness and repentance. We might brush them aside, we might avoid such confrontations, regardless, God’s love is knocking on the door. When we open the door, God’s forgiveness makes us righteous. God’s kindness leads us into repentance. We have no choice but to yield to His perfect love. Sometimes all we need to do is to open that door. God comes in and makes His home in our heart.

Jesus answered him, “If anyone loves me, he will keep my word, and my Father will love him, and we will come to him and make our home with him.

God used Terry to influence the government of Haiti. There were 3 short accounts of how YWAM Haiti did so.

First, they organised a soccer tournament for Haiti. Their tournament stood out from the other existing ones as there was no violence that breaks out in the ones organised by YWAM. Also, the soccer teams were attracted by the beautiful medals and trophies. It brought lots of joy and entertainment to the people in St. Marc, and it caught the attention of people.

The next time was when Terry was imprisoned unfairly. He found out the horrendous conditions of the local prison, and when he was released by God’s grace, he led YWAMers back to the prison to visit. The prison guards opened the doors to him as they trusted him, and the YWAMers surveyed the prison. Responding to the practical needs of the prison, they started to organise church service in the prison. They also drilled wells for clean water, built a showering area, cleaned up all the rubbish, got rid of all the rats, and they also helped the prison guards build a shower facility and porcelain toilet. They also added a second electricity line to give 24 hour electricity. These prisoners didn’t have sandals to wear, and the local church was activated to supply the prisoners with sandals. Amazingly, many of the prisoners who eventually were released came to know the Lord. This caught the attention of people, and communicated genuine love and care for the city to the people.

The last record was of how YWAM Haiti rebuilt the fountain. Terry built a relationship with the Mayor through a previous project to open the wharf for the Mercy Ships to come in to provide medical and developmental assistance. There was a day when Terry was walking with the Mayor around the city park when the Mayor commented that the park looks sad, and it should be beautiful. Terry jumped on the opportunity to volunteer to fix the fountain in the park, and the Mayor agreed. Terry didn’t know anything about fountains, but he had experience from the swimming pool project that God blessed him with previously, so he and the other YWAMers repaired the fountain and cleared up the rubbish in the park. The Mayor and the people of St Marc were very happy and blessed by the new park, and Terry felt that the fountain was also a prophetic statement of life springing forth into the heart of the city.

It was through these 3 interactions with the government that the Lord opened doors for YWAM to work closely with the country leaders in the nation. And it all began with a simple decision to bless the people of St. Marc. God’s heart is to bless His people, and when Terry decided to love the people in the most practical ways, God opens doors for YWAM Haiti to continue doing so, in even greater scale. The Gospel can also reach the leaders of the country and trickle down powerfully to the people.

Through prophetic acts of forgiveness and repentance, empowered by the Holy Spirit, God gave YWAM Haiti the wisdom and opportunities to love and to impact the nation, both practically and spiritually. It is inspiring to know that big scale Gospel movements always starts from the smallest acts of obedience. And He uses ordinary people to do extraordinary work.

Bless from Home – Goh into the Nations! April/May 2020